Reinforcement is the Golden Key to Implementation Success

There is a fundamental principle of human behavior that states, “People follow the reinforcement.” In other words, if you want people to change what they are doing, you have to alter the reinforcements. That's why Don Harrison, President and founder of IMA, tells our clients that "every time you see a behavior, there either is or was a reward for it." No behavior occurs in isolation of reinforcement. 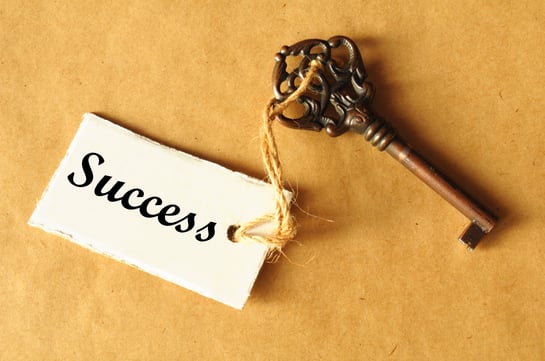 So if (hypothetically speaking, of course) you see a lot of political turf-guarding in your organization, it’s because there has been or is now some reward for that.

With this in mind, it is easy to understand why one of the key elements of the Accelerating Implementation Methodology (AIM) is to “Develop a Reinforcement Strategy” for your project. The more significant your change, such as transformation, the more important it becomes to develop implementation-specific rewards and consequences.  But remember, reinforcement management is less about the formal compensation and performance management systems and much more about the daily interaction between a Sponsor and his or her direct reports.

By following the below 5 key AIM principles of reinforcement, and by applying them tactically throughout a change on an ongoing basis, Change Agents will be much more likely to motivate individuals to change their behavior, which ultimately leads to adoption and benefit realization for the investment being made.

Reinforcement management includes rewards, consequences, and level of work effort. These three different levers can be applied to drive behavior change.  To go from an old behavior to a new behavior:

However, keep in mind that you will need to build in many more positive rewards than negative consequences to drive the migration of new behaviors because people tend to focus on the negative much more than on the positive.  Most people have experienced a situation where there was lots of positive feedback for some work effort, and just a single negative comment.  But what sticks in our heads?  Of course, that one negative comment!

In today’s business world where change is a constant, reinforcement is your organization’s most powerful tool in order to get people to change their behavior {Tweet This}.  In fact, we consider it the golden key for getting sustained adoption for your change. No change in reinforcements, no behavior change, and ultimately, no implementation!  It's just that simple. 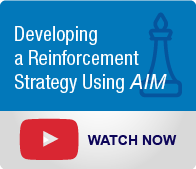