How to Lead a Team Through Change:   Hint - You Need to Do More Than Just Walk the Talk

Remember the old saying, “If you’re going to talk the talk, you have to walk the walk?” Seems like good management advice for sure.  But when it comes to leading change, there’s a third action required, and contrary to popular belief… it’s even more important than walking the talk! 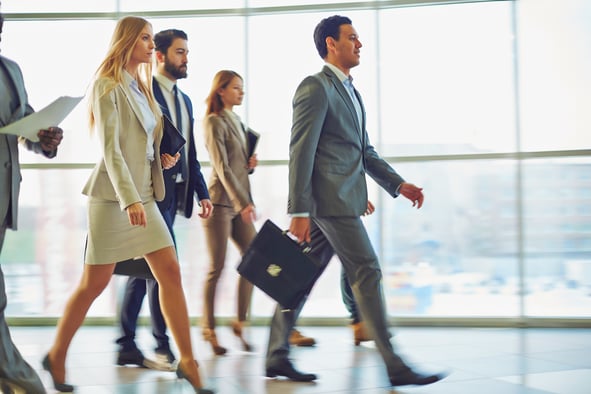 In the Accelerating Implementation Methodology (AIM) change management methodology, developer Don Harrison defines the four crucial implementation roles as a CAST of Characters.  Sponsors are defined as those who authorize, legitimize and/or demonstrate ownership for the change (Authorizing Sponsors) or reinforce the change at the local level (Reinforcing Sponsors).

Sponsorship is an Active Position

Sponsorship, however, is not a voluntary position. Leaders can’t simply raise their hand and say, “That’s a great idea, I’ll Sponsor that project!”  Management team members are automatically Sponsors if they have people reporting to them who are impacted by the change.

But, Sponsorship is both action and position.  There are three very specific actions every Sponsor must demonstrate to drive the sustained adoption of a change.  As an Authorizing or Reinforcing Sponsor you must:

Just as importantly, there must be alignment between these three actions.  When there are inconsistencies between what leaders say, versus what you do, and even more importantly, what you reinforce, you have a problem. For example, if you are looking for customer-centric behavior, but continue to reinforce “making your numbers” as most-valued, your change will stall out or sub-optimize.  Why?  Because employees see there is a dis-connect, and will stop trusting you.  When the trust is broken, it takes longer, and costs more to get to implementation.  Trust and speed are functional.  The higher the level of trust, the faster your implementation can reach full value realization.

Not All Three Actions Are Equal

While there must be alignment in what leaders say, do and reinforce, one of the actions far outweighs the other two.  A fundamental principle of human behavior is that people follow the reinforcement. That's why we teach in our change management training programs that, "Every time you see a behavior, there either is or was a reward for it."  People might know a change makes sense, or is better for them in some way, but without the appropriate use of reinforcement, there simply will not be behavior change. We can actually build a mathematical model around the impact of the three Sponsorship actions on implementation success:

So, while leaders of a change must express (aka talk the talk) and model (aka walk the walk) their commitment to the change, what they reinforce with their direct reports is actually three times as powerful as the other two.  In fact, we’d go as far as to say reinforcement is the power lever for getting sustained adoption of any change!

If you are a leader of change, you need to reinforce the behavior of your own direct reports through what you reward, and what negative consequences you put in place. By following the four key AIM principles of reinforcement below, and by applying them tactically throughout a change on an ongoing basis, you will be much more likely to motivate individuals to change their behavior. The appropriate application of rewards and consequences by the cascade of every Sponsor in the organization ultimately leads to adoption and benefit realization for the investment being made.

Sponsorship is a very active role in any change implementation.  Project success depends on the demonstrated Expressed, Modeled and Reinforced commitment of not just you, but of all the managers and leaders who have direct reports that are impacted in some way by the change.  This cascade of Sponsors needs to “talk the talk”, “walk the walk” and most importantly, reinforce the new behaviors. This simple, but highly effective change leadership model provides every Sponsor with a guide to what you must personally do to get changes implemented.